Insanity Wrap needs to know: Remember when it was “up to you, New York, New York?”

Answer: Yeah, we can’t remember that far back, either.

The good news, if you care to spin it that way, is that the mostly peaceful ransackers also probably don’t know if this specific black-owned office they’re setting on fire has people living above it.

Maybe someone will die of smoke inhalation, but, hey — maybe not!

There’s much more at the Twitter thread, and Insanity Wrap encourages you to watch all the videos.

Also please take note of how calmly and systematically these antifa thugs go about the business of destroying someone’s business, someone’s life.

They aren’t angry or aggrieved or oppressed.

Antifa just firmly believe that ruining people’s lives will advance their political agenda, and so that’s what they do.

Hannah Arendt in 1963 coined the phrase “the banality of evil” to describe Nazi henchman Adolf Eichmann, then on trial in Israel for his role in calmly organizing the systematic destruction of Europe’s Jews.

The only major differences between Eichmann then and antifa today are the uniforms they wear and the scale at which they operate.

But the banality and the evil are both the same.

Masks for Thee But Not for Me, Prole

Nothing to see here but Granny Killer Andrew Cuomo (D-Death’s Door) out and about without the mask on that he insists everyone else wear.

Previously On Insanity Wrap: Tapper Lies, No One Dies

New York, New York: The Town So Nice They Closed It Twice

Is Bill de Blasio kidding people with this stuff?

De Blasio’s grim message came despite the city recording a 0.59 percent COVID-19 infection rate — “one of our lowest” rates since March, he said Monday.

It’s also in contrast to neighboring New Jersey, which just announced that restaurants would reopen for indoor dining at 25 percent capacity starting Friday. Every other region in New York state, including the neighboring Long Island and Westchester suburbs, have had some indoor dining in place for weeks.

“Is there a way where we can do something safely with indoor dining? So far we have not had that moment, honestly,” he said.

Meanwhile: New Data From the CDC Shows 6% of Deaths Are Due to COVID-19 Alone.

Ninety-four percent of the time, the Wuhan Virus kills those who are either old, already dying of something else, or both.

And those are just the ones out of the untold millions of infected who actually became sick.

The average number of comorbidities is 2.6 for COVID-19 deaths in this country.

Quarantining the young and the healthy was a mistake. Continuing on with it is a crime.

If you’re under 65, not morbidly obese, and otherwise healthy, it’s time to get on with your life and your work, and most importantly, get to the vital business of voting these shutdown bastards out of office.

Biden won’t ban fracking. But he will neglect it to death.

It’s the difference between the guillotine and low doses of arsenic. One kills you much quicker, but death comes all the same.

To be fair though, Biden doesn’t actually know what he’s said or what he’s saying — as you’ll see below.

To be fair once again, it isn’t as though there was much for the press to ask him, after you hear what he said in this next clip.

Here’s Insanity Wrap’s transcription. Any errors are our own. Anything resembling grammar, sense, or factuality is purely accidental.

COVID has taken this year, just since the outbreak, has taken more than 100 year. Look. Here’s. The lives, it’s just, it’s [unintelligible]. I mean, think about it. More lives this year than any other year for the past hundred years.

No longer enjoying the mental acuity to make a simple statement — from the man who would be the next president of the United State — that, as Vito Corleone said, we do not forgive.

The worst part? It appears to Insanity Wrap that Biden is trying to read this vomitous mess from a teleprompter.

Chairman Mao Would Be Proud

Insanity Wrap hates to say it, but the Marxists won the Long March Through the Institutions.

However, “Marxians” is probably a better word than “Marxists.”

Nobody still believes in the dictatorship of the proletariat or seizing the means of production or any of that hardcore Marxist claptrap.

Insanity Wrap supposes that’s an improvement, but only just barely.

While hardcore Marxism is out, using Marxian thinking — particularly Engels’ theory of false consciousness — to divide, conquer, and grow powerful and rich…

…yeah, today’s Left is all-in on that.

When a Red Diaper Baby of little accomplishment like Barack Obama can get elected president, spend eight years causing rife and division, and then exit stage left to a sweet multimillion-dollar Netflix deal, you know the Marxian fix was in all along.

Some things are best left not even to the imagination. 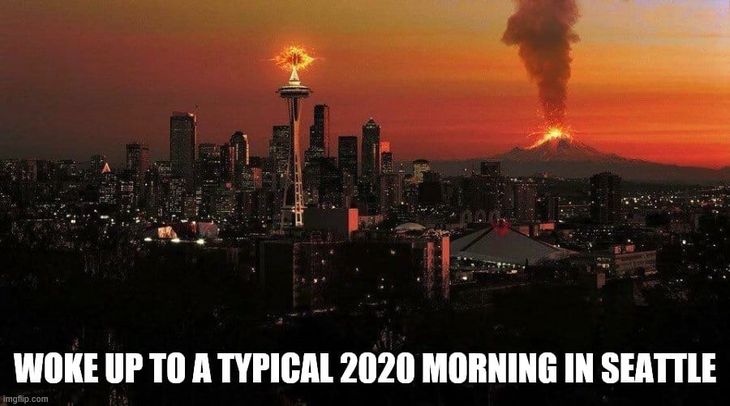