Insanity Wrap needs to know: Since Black Lives Matter, is it possible that some black lives matter more than others?

Answer: It’s a Marxist-run organization, so of course they do.

Read that one more time, in case you didn’t actually watch the clip: “Your vote is not as secure as your Venmo account.”

To be fair, no one has to use Venmo — so they have to be good.

Elections, on the other hand, are held in this postmodern era for the benefit of the elected. So they don’t have to be anything in particular, so long as they produce the desired result.

Bringing doubt to the old adage that any publicity is good publicity, we have this story:

Proving that love is blind, and sometimes kooky, a bodybuilder from Kazakhstan has tied the knot with his dearly beloved — a s*x doll he dated for eight months before proposing a year ago.

Clad in a black tux and bow tie, Yuri Tolochko is seen planting a gentle kiss on Margo, who appears a bit stiff in her revealing white gown as she clutches a bouquet of flowers and stares into the distance.

The couple also shared a romantic first dance in front of dozens of guests who attended the traditional ceremony, which was shared on Instagram, the Sun reported.

Legally speaking, marriage is a contract. Setting religious convictions aside for the moment, people can’t marry, say, children (ew) or dogs (ew) because neither children nor dogs have the moral agency to enter a contract.

Neither does a doll, of course — even one designed with the prurient interest in mind.

This makes Insanity Wrap wonder why so many news outlets were so eager to lavish so much positive attention on a deluded bodybuilder barely known outside his native Kazakhstan.

Oh, right — we don’t have a news media; we have an Infotainment Complex.

Insanity Wrap doesn’t need a hectoring proto-Karen telling us what to do — not at any price.

Previously On Insanity Wrap: Delirious Robert De Niro Keeps Mistaking Himself for One of His Tough-Guy Roles

A.B. Tellez owns Rosie’s Diner just across the highway from us and estimates he has lost more than $360,000 in the shutdowns.

Tellez said independent owner/operators like him who own their facilities stand to lose everything, potentially including their retirement funds, if they go bankrupt.

The Colorado Restaurant Association found that even before this latest shutdown, at least 62% of Colorado restaurants were unlikely to survive the ongoing COVID restrictions.

“There is no science supporting the idea that restaurants are unsafe or are responsible as a prime spreader of the virus,” said Tellez.

Tellez is not alone in criticizing CDPHE [the Colorado Department of Publi Health and Environment] and Governor [Jared] Polis’ decision to shut down the restaurant industry.

Among others, Weld and Mesa counties and towns including Castle Rock are among those refusing to comply with Polis’ latest mandate.

As previously reported in Complete Colorado, nearly 100 Loveland restaurants, breweries and other businesses are simply refusing to shut down.

There’s a revolt brewing, and it’s being led by those most affected by the shutdowns — the small business people and service workers who can least afford to wait out yet another shutdown.

Insanity Wrap advises you to go long on pitchforks.

The SEC report is right here if you’re interested in reading it.

That is, if one gives a damn about our republican form of government.

If not, you’d be… well, you’d be acting a lot like Democrats, who think that these numbers shouldn’t be subjected to so much as the sniff test.

Follow the Money (If You Can Find Any of It)

#BLM is such a popular movement that they can’t even keep track of all the money coming in… or at least it seems to Insanity Wrap that they don’t want their own chapter organizations to be able to.

The statement is titled, “It is Time for Accountability” and it pulls no punches.

We became chapters of Black Lives Matter as radical Black organizers embracing a collective vision for Black people engaging in the protracted struggle for our lives against police terrorism. With a willingness to do hard work that would put us at risk, we expected that the central organizational entity, most recently referred to as the Black Lives Matter Global Network (BLMGN) Foundation, would support us chapters in our efforts to build communally. Since the establishment of BLMGN, our chapters have consistently raised concerns about financial transparency, decision making, and accountability. Despite years of effort, no acceptable internal process of accountability has ever been produced by BLMGN and these recent events have undermined the efforts of chapters seeking to democratize its processes and resources.

So where has all the money gone? If Insanity Wrap had to guess, it’s keeping BLM’s “trained Marxists” founders in the kind of lifestyle to which the nomenklatura is entitled, unlike the rest of you proles.

Black lives matter so much that the people who run the main Black Lives Matter organization matter more than the black lives that don’t.

Insanity Wrap hopes that clears things up for you.

Spoiler: There will likely never be a full accounting, but the lefty infighting ought to prove popcorn-worthy.

Seriously, the lockdowns have become an unfunny — and deadly — scam. 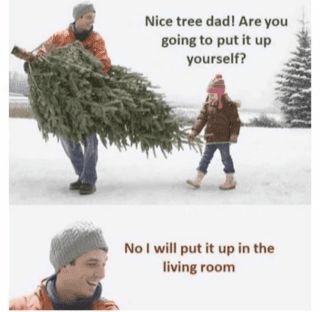 We’ll show ourselves out.

Previously On Insanity Wrap: Communist China Lies Worse Than Our 10-Year-Old Does